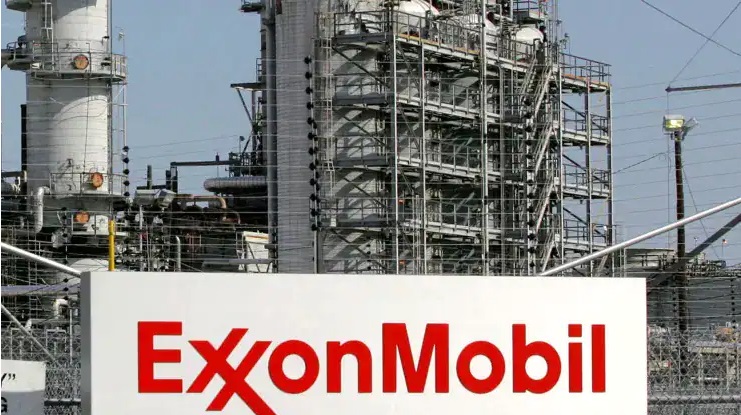 At ChiaRabbit, we want to provide a wide viewpoint on environmental issues and eco investment opportunities. That means sharing content that requires critical thinking on the part of you, our readers. For example, should all Bitcoin projects be labeled bad because they have the potential to contribute to global warming, or do we look for the ways they can be utilized for good? Comparative greening of the fossil fuel industry, for instance, requires a wide angle lense to see the good. Long term goals for the good of the planet should absolutely include the eradication of non-renewable fossil fuel mining, but we should still encourage the industry to become cleaner by any means available. And if Bitcoin mining on fossil fuel sites allows for fewer hazardous emmissions than wanton flaring of natural gas waste, it should be appreciated for the positive step it is. Greener by degree.

Here follows an editorial comment by the author of the blog Something Interesting, as well as an article on the Bitcoin project underway in North Dakota.

Bitcoin Is A Machine That Eats Pollution

This week oil and gas conglomerate ExxonMobil announced plans to expand a program where it used Bitcoin mining to reduce emissions. They are doing that by using Bitcoin mining to eliminate flaring — the practice of burning unwanted natural gas produced as a side effect of oil mining. We’ve talked a number of times before about flaring and why Bitcoin mining is uniquely suited to help avoid it.

Obviously when it is profitable and convenient oil companies will sell the natural gas they produce mining oil — but oil is often mined in remote locations and difficult terrain, so it is usually not convenient or profitable to bring the natural gas to market. But it is much cheaper and easier to bring Bitcoin mining machinery to the oil site than to build a pipeline — which means oil companies like Exxon can use natural gas to mine Bitcoin instead of simply flaring it.

That means the energy is used instead of wasted, but more importantly the emissions from Bitcoin mining are much, much cleaner than the emissions from flaring. Both flaring and using natural gas produce carbon dioxide but flaring (which is often inefficient and incomplete) can also release methane and NOx into the atmosphere as well. Methane damages the ozone layer and NOx contributes to acid rain. That’s why Exxon is part of the World Bank’s “Zero Routine Flaring by 2030” initiative.

In other words Bitcoin is a machine that eats pollution and prints money — and this is a significant commercial validation that it really works. ExxonMobil is not virtue signalling — their tests have shown that mining Bitcoin alongside mining oil will reduce emissions and improve the bottom line. In a sensible world we would all be celebrating a tool that makes environmentalism profitable.

Alas we are not in a sensible world. Instead we are in a world where we are all cursed to watch the NYTimes write the same foolish op-ed quoting the same disingenuous source over and over and over until they have ground their journalistic reputation into so much dust beneath their heels.

Imagine if a single Bitcoin transaction actually did require 2000 kilowatt-hours of electricity? The average Bitcoin transaction yesterday cost $1.75 USD. If it cost 73 days of American household energy use to process a transaction, transactions would cost about that much (~$270 using this estimate). Transactions don’t cost that much because they don’t use that much energy. The energy use of Bitcoin has nothing to do with the number of transactions on it and there is really no excuse for the NYTimes to be making that mistake. There are plenty of resources explaining why it doesn’t work that way.

The previous excerpt was an editorial by KnifeFight, the author at Something Interesting.

A view of the Exxon Mobil refinery in Baytown, Texas.Jessica Rinaldi | Reuters

ExxonMobil, the top oil and gas producer in the U.S., is piloting a project to mine bitcoin in North Dakota, according to people with knowledge of the matter.

For over a year, Exxon has been working with Crusoe Energy Systems, a company based in Denver, said the people who asked not to be named because details of the project are confidential. Crusoe’s technology helps oil companies turn wasted energy, or flare gas, into a useful resource.

Similar to ConocoPhillips’ mining scheme in North Dakota’s Bakken region, Exxon is diverting natural gas that would otherwise be burned off into generators, which convert the gas into electricity used to power shipping containers full of thousands of bitcoin miners. Exxon launched the pilot in late January 2021 and expanded its buildout in July.

While Exxon hasn’t talked publicly about its work in the space, Eric Obrock, a 10-year veteran at the company, said on his LinkedIn profile that from February 2019 to January 2022, he “proposed and led the first successful commercial and technical demonstration of using Bitcoin Proof-of-Work mining as a viable alternative to natural gas flaring in the oil patch.”

Obrock’s title on his profile is NGL industry outlook advisor, referring to the natural gas liquids market. Obrock told CNBC through a LinkedIn message that he’s been advised that he can’t speak to the media on this topic. Exxon didn’t respond to a request for comment.

Exxon’s bitcoin project isn’t really about making money from the cryptocurrency. Rather, the company has pledged to reduce emissions as part of an industrywide effort to meet higher environmental demands. In early March, Exxon joined other oil companies in committing to the World Bank’s “Zero Routine Flaring by 2030” initiative introduced in 2015.

The type of crypto mining arrangement it’s pursuing with Crusoe reduces CO2-equivalent emissions by about 63% compared with continued flaring.

Mining Bitcoin In The Bakken

The problem Exxon and Conoco are addressing has existed for years: What happens when drillers accidentally hit a natural gas formation?

Unlike oil, which can be trucked out to a remote destination, gas delivery requires a pipeline. If a drilling site is close to a pipeline, producers can sell it right away. But if the pipe is full or if the gas is 20 miles away, drillers often burn it off. That’s why you typically see flames rising from oil fields.

In addition to the environmental hazards, drillers are also burning cash.

Enter bitcoin mining, which only requires an internet connection and can be done from anywhere. And because miners’ primary variable cost is energy, they’re incentivized to find the cheapest sources of power.

“This is just a great way to bring that demand to the wasted energy and solve two problems at once,” said Cully Cavness, president of Crusoe, whose backers include Valor Equity Partners, one of Tesla’s largest investors. “Solve the energy appetite of bitcoin and solve the stranded energy, flare gas problem for the energy industry.”

Permits from North Dakota’s Division of Air Quality show Crusoe can run 20 portable engines, with 11 currently in use at well sites across the state. Two of the engines are operational at wells run by XTO Energy, Exxon’s oil and gas fracking subsidiary, at the Jorgenson Deep Creek Site. Cavness said most of Crusoe’s 80-plus data centers are deployed in the Bakken.

“We’re really moving the needle on flared volumes,” Cavness said. “More than 10 million cubic feet of gas per day that would be flared is not flared because we’ve deployed our systems.”

The World Bank, in its most recent Global Gas Flaring Reduction Partnership report, recognized Crusoe as offering an innovative solution to flaring.

The Bakken formation became an important source of new oil production in the U.S. in the last couple decades with the boom in hydraulic fracturing, or fracking.

Craig Thorstenson has been working at the permitting program at North Dakota’s Division of Air Quality since 1989. He says North Dakota has always been an oil state to some extent, but growth in the Bakken lifted the state to second in the country, before it slipped to third last year.

Thorstenson, who was born and raised in Bismarck, the state capital, said the change “was quite a shock for us.” Residential housing couldn’t keep up with demand.

“We were having a population boom,” Thorstenson said. “People coming in, wanting to get jobs. People living in the Walmart parking lots.”

More drilling meant more wasted gas, which affected the entire Williston Basin that spreads across part of Montana, the Dakotas and into Canada. That’s a big reason why Crusoe invested heavily in the area.

“At points in not-that-distant history, the basin was flaring almost up to a fifth of the gas that was being produced there,” said Cavness.

Thorstenson said the amount of wasted natural gas is finally trending lower. In a March report, North Dakota’s Department of Natural Resources estimated that currently 93% to 94% of natural gas is being captured. In 2014, the commission had a capture goal of 74%.

Drillers have historically chosen flaring as a way to dispose of excess gas because it’s less damaging to the environment than venting, which releases methane directly into the air and produces greenhouse effects that have proven to be 84 to 86 times as powerful as CO2 over a 20-year period.

Even with flaring, some methane does escape due to wind and other factors. On-site bitcoin mining can be especially impactful, because 100% of the methane is combusted and none of it leaks or vents into the air, according to Adam Ortolf, who runs business development in the U.S. for Upstream Data, a company that manufactures and supplies portable mining solutions for oil and gas facilities.

“Nobody will run it through a generator unless they can make money, because generators cost money to acquire and maintain,” Ortolf said. “So unless it’s economically sustainable, producers won’t internally combust the gas.”

Crusoe’s systems are built to make the process financially viable for drillers. The company brings its equipment onto the oil pad, allowing it to convert otherwise wasted natural gas into electricity, which then powers computing at the well site.

“When we put it through our generator, we get up to 99.9% combustion of that methane,” Cavness said. “Not only are we using the otherwise wasted energy, we’re also significantly reducing methane emissions.”

Cavness said his main takeaway from the United Nations’ latest global climate summit in Glasgow, Scotland, was that methane is the low-hanging fruit.

“That’s the thing we want to solve as an energy industry,” he said.